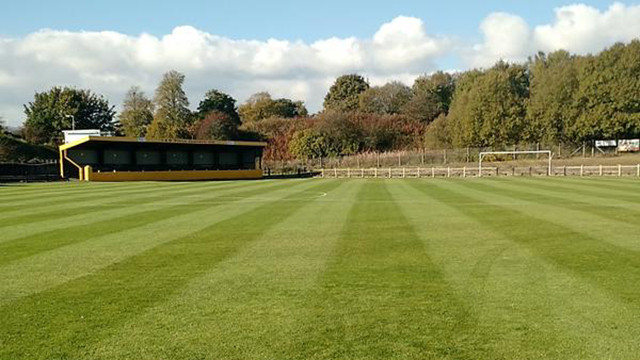 Carluke travelled to Ayrshire to play this friendly match as their scheduled opponents Vale of Clyde are in the League cup final tomorrow.

The visitors gave a good account of themselves as they took the game to their super league opponents for long spells.

Rovers took an early lead when they won a corner in 3 mins which was cleared but Lewis McDougall picked up the loose ball putting in a good cross that was nodded on by Mark Haddow to allow Stevie Murray to score with a well placed low shot from 12 yards for 1-0.

Rovers were playing with confidence now and made a good chance for Ryan Smillie a minute laterr but the chance counted for nothing, this was followed by Gordon Murphy and Smillie linking up to set up Mark Weir but his effort was wide of the target.

Another chance counted for nothing in 18 mins when Smillie laid the ball off to McDougall but the youngsters shot was too high.

The hosts showed their attacking flair in the 25th min and this ended with an excellent shot which was tipped over the bar by Rovers keeper Gordon Bruce for a corner that came to nothing .

The scores were levelled in the 29th min when a fine ball to the right saw an equally good finish beat Bruce for 1-1.

Kilbirnie had a chance to go in front a minute later when Weir gave away a penalty but a great save down low to his right from Bruce pushed the ball away and kept the scores level.

The home side controlled the rest of the half and took the lead in the 45th min when they won a free kick on the edge of the Rovers penalty area and a cool low finish made it 2-1 at half time.

The second half saw Kilbirnie almost stretch their lead early on when a great strike after a corner saw Bruce have to bring off another fine save in the Rovers goal.

Carluke worked their way back in to the match and saw a chance for Ian Watt in the 62nd min but a good save from the home keeper denied him.

The visitors did get on level terms in the 65th min when a great long ball from Murphy found Smillie who raced in on goal from the right before firing in a great finish across the keeper for 2-2.

The home side saw Bruce bring of a few good saves to keep them at bay as the match drew to a close.

The match was evenly balanced with chances coming and going, probably the best of these came to Carluke in the 84th minute when good work from Watt allowed Jonny Wilson to advance on the left and his cut back in to the path of Murphy saw him fire a good shot towards goal that was blocked before being scrambled clear.