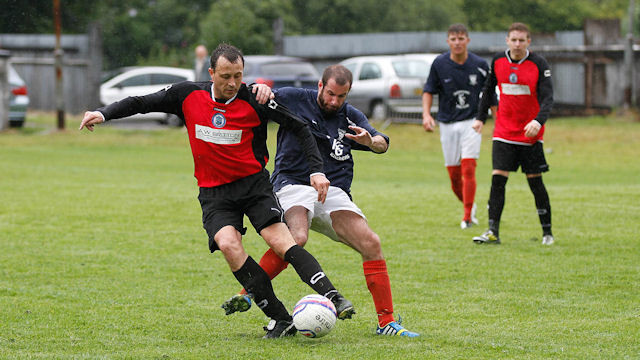 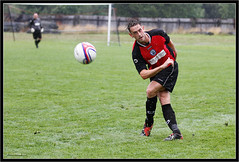 Rovers travelled to Alexandria to play Vale of Leven on Saturday and despite heavy rain they put in a fairly good performance with a great debut being had by 16 year old Jordan Lithgow.

Rovers tried to get on the score sheet early but were limited to breakaways as they tried to beat a strong Vale defence.

The first chance of note came from a Jamie Dickson free kick which was missed at the back post by Stephen Ferguson in 8 mins, then a bit of showboating from Dean Kindlan set Ferguson free on the left but his excellent cross found no takers.

Dickson set Ferguson up again in the 26th min but the big strikers shot was tipped over the bar for a corner, the corner produced an effort from Rovers that was cleared off the line before Vale broke up field and Rovers keeper Stuart Leishman had to be alert with a good save to keep the score at 0-0.

As the half drew to a close Ryan Smillie had an effort saved by the Vale keeper and the half time score was Vale of Leven 0-0 Carluke Rovers. 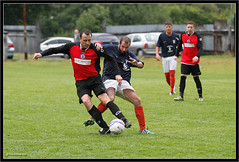 Carluke started the second half well and had a chance in 46th min when Lythgow set Johnny Wilson free on the right but his cross forced Gordon Murphy wide on the left and his parting shot was blocked.

Rovers took the lead in 66 mins when a good lay off to Murphy saw him collect the ball 20 yards out and despite a heavy challenge, which saw the referee play an excellent advantage, he took a couple of strides to the left before placing a great shot high in to the net for 1-0 to the visitors.

Dan Kindlan had the next chance for Rovers when he cut in from the left to his favoured right foot but his effort was well saved. 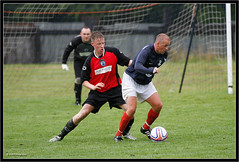 The second goal for Rovers came in the 76th min when a good ball through from Gary Gow found Smyllie who cut to the right to get away from defenders before placing a great low finish in to the corner of the net for 2-0 to the visitors, a lead they held until the end of the match.