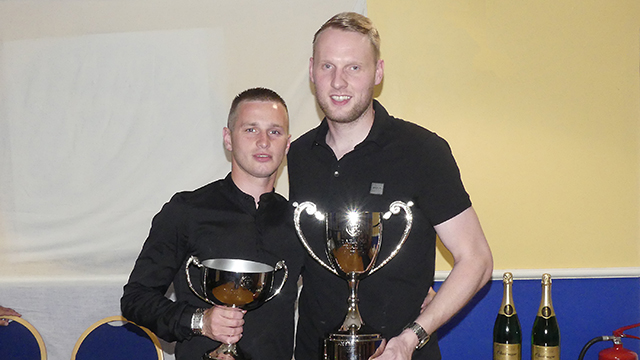 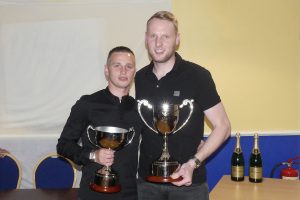 It may not have been the best finish to the Rovers season. missing out on promotion by 1 point but it did not put off a healthy attendance at the Carluke Rovers Player of the year night.

The healthy attendance ensured a good night was had by all along with some much needed funds for the club thanks to Billy Cranston and his dolly dealer Chucky putting on a Play your cards right event to entertain everyone before the disco started.

But first up were the presentations of the evening,

Players Player of the year as voted by all the players had seen nominations for Mark Haddow, Dan Tobin, Sam Biggart, Ian Watt & Mark Weir.

It was then onto the Player of the Year award, an award voted by Committee and Management. There were 3 nominations for the award, Ian Watt, Mark Haddow and John Renwick.

The winner and Player of the Year 2017 – Mark Haddow

The final award of the evening was for Top Goal Scorer 2017. This was no real contest as this guy had been scoring goals for us all season. 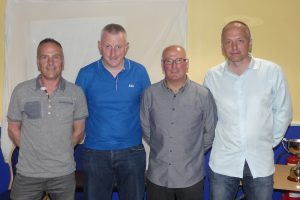 A special thanks was also made by manager Colin Slater for Ricky McCrories assistance during the season and to Rovers stalwarts Andy Barr and Craig Stark who are leaving the club following many years of excellent service.