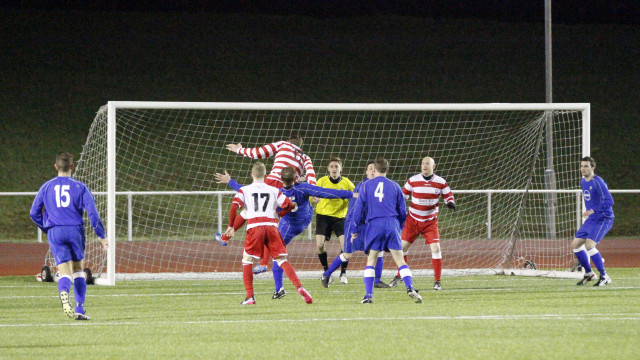 Carluke played this match on Monday night in front of a good crowd and they certainly got goals aplenty.

Rovers made early chances but it was the Gow who took the lead when they were allowed too much time in the penalty area.

This lead was doubled in the 20th min when from a Rovers corner they broke up field to make it 2-0.

Rovers did get a goal back after 25 mins from Watt but the two goal cushion for Gow was restored when a rash challenge from Gary Frame gave them a penalty.

The second half saw Rovers get a goal back early on when Gordon Murphy set Darren Hamilton free and a low finish made it 3-2. The scores were levelled at 3-3 in the 50th min with a Mark Weir free kick as the goals continued to come.

The Gow continued to break at the Rovers and won a free kick in the 57th min which was not dealt with properly and the loose ball was driven home for 4-3 to the visitors.

The second penalty of the match went to the Rovers when Haddow was crudely challenged in the box and Murphy stepped up to score to make it 4-4.

The scoring was wrapped up in the 85th min when a corner from the Gow was swung in and headed home for 5-4.

Rovers had chances to get back on level terms as they pressed to the end of the game but did not take any and the game fizzled out at 5-4 to the visitors in an entertaining match.