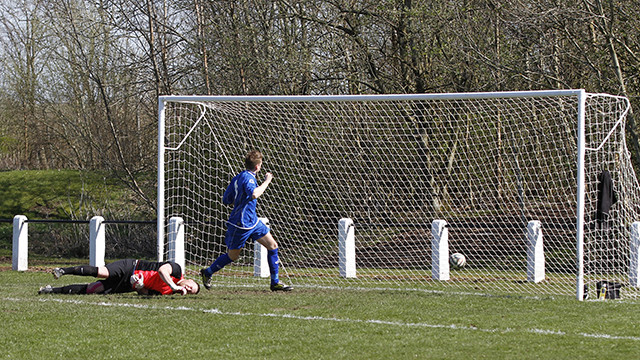 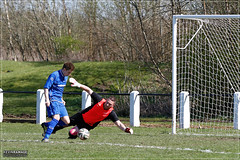 Rovers again travelled to Stonehouse to play this “home” match and put in a good performance as they beat The Ants for the second time this season again by a 3-1 score line.

Carluke played up the slight slope first half and made a few half chances from cross balls but could not capitalise on any of these.

Jonny Grier in the Rovers goal was only called on once in the half and comfortably dealt with a rare Ants effort. 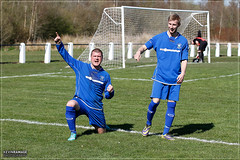 The deadlock was broken in the 40th minute when Ian Watt saw a shot saved by the visiting keeper but strike partner Ryan Smillie was first to react to stab the ball home for 1-0 to the Rovers, a score they held at the break.

The second half saw Carluke try to increase their lead and 48 mins saw the first of a few chances of the half when Jonny Wilson broke down the right and his cross was controlled by Watt who laid the ball in to thee path of Smillie but his effort was blocked.

The visiting Ants got a break in the 52nd minute with the award of a soft looking penalty after a challenge in the box by Stevie Murray, this was converted to put the scores level at 1-1.

Rovers pushed forward looking for a second goal and Dean Kindlan was unlucky to see a shot from Distance come back off the bar in 58 mins.

The home sides lead was restored in the 62nd min with another penalty awarded after a Smillie cross was handled and Mark Weir made no mistake to put Rovers 2-1 up. 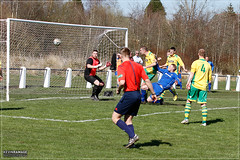 This lead was almost increased in the 66th min when Watt again fed the ball to Smillie on the left but the parting shot again struck the bar before being cleared.

Carluke did however increase their lead in the 73rd min when Weir played in a free kick with Dean Kindlan collecting on the left before cutting it back in to the path of Mark Haddow who stabbed the ball home for 3-1.

Rovers had a couple of chances to stretch the lead further but Watt saw a shot blocked for a corner and the same player saw an excellent cut back cleared as the game drew to a close.