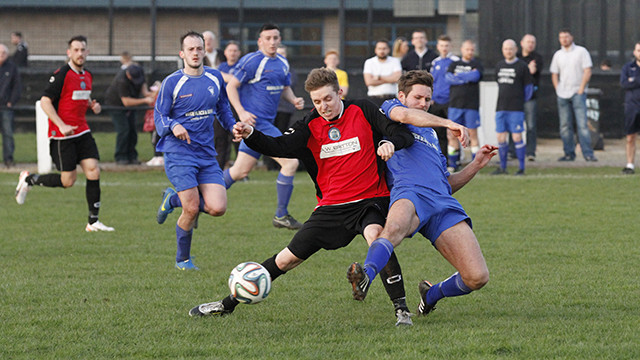 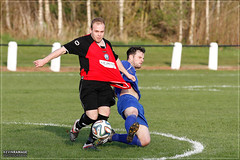 Carluke entertained Lanark in this league match and despite only playing in short spells came away with another three league points.

Rovers made a couple of chances early on when a free kick found Gordon Murphy at the back post with his cut back finding Stevie Murray but his effort was wide of goal.

Then Gary Gow played a ball to Ian Watt on the right who laid the ball in to Ryan Smillie but his parting shot was blocked.

Lanark showed they were up for the fight and had a golden chance in 16 mins when a cross from the right was met by an excellent header which hit the bar before bouncing on the line with some claiming it was in, then from a throw in from the opposite side they had another free header put past the post.

Two goals in three minutes changed the game in favour of Carluke when Lanark looked as if they might breech the Rovers defence, the first of these came in the 37th minute when a high ball from Mark Weir saw the Lanark keeper and centre half collide before Watt picked up the loose ball picked his spot and lobbed the ball over a couple of retreating defenders from 20 yards for 1-0 to the home side. 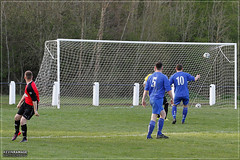 If this goal was good value for money the next in 40 mins was priceless when a series of one touch passes between Murray, Mark Haddow, Weir, Murphy, Watt and Smillie saw the ball switched from defence to attack in an instant before Smillie played the ball in to the path of Watt who shot home his and Rovers second goal of the match for 2-0, a score which stood at half time.

Lanark came out fighting at the start of the second half and had a free kick produce an early chance in 47 mins when a free kick was blocked as it was net bound before the rebound was put past the post.

Lanark got themselves back in to the match in 51 mins with an excellent goal of their own when they worked the ball in the middle of the park before a shot from all of 35 yards flew over Jonny Grier in the Rovers goal for 2-1. 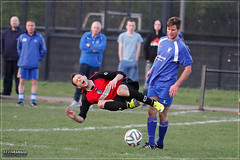 Rovers had few chances in this second half with the best of them coming in 55 mins when from a throw Murphy knocked on a throw in for Jonny Wilson, but his overhead effort was just over the bar.

Carluke’s case was not helped in the 60th minute when Wullie Souter saw a straight red card for a rash challenge and this saw a reorganisation of the Rovers defence as Lanark pushed three up front.

The best chance to get level for Lanark fell in the 69th minute when a throw in was worked to the edge of the box with the final shot going just wide.Rovers did have the ball in then net again in the 75th min when Murphy headed a free kick in to the path of Dean Kindlan who rammed the ball home but the whistle had already gone for a foul from Murphy.

Lanark won a free kick on the edge of the area in stoppage time and this was blocked by a Dan Kindlan header but the resulting throw in caused a bit of commotion in the Rovers box with claims for a penalty being turned down by the referee before the final whistle went.