The Management and Committee are delighted to announce that the club have secured the services of 5 new signings.

Joining the club for the new season are (from left to right):-

Scott Tart (Midfield)
Having been with the Rovers on loan in the latter part of last season the club have now signed him permanently from Shettleston Juniors.

Aldin El Zubaidi (Defender)
Aldin joins us from Boness United. Having formerly played with Hamilton Accies before moving to Cowdenbeath. Aldin is also an Iraqi internationalist.

Rhys Murray (Goalkeeper)
A former Motherwell under 17 player, Rhys joins us from Westpark United Under 21s.

Mark Cassidy (Striker)
Having tried to sign Mark last season and missing out to Newmains United the Rovers have now got their man.

Greg Kane (Midfield)
Greg joins us from a highly successful season with Rutherglen Glencairn under 21’s having picked up the Under 21s Scottish Cup.

Welcome to the Rovers guys, we look forward to seeing you all in the new season. 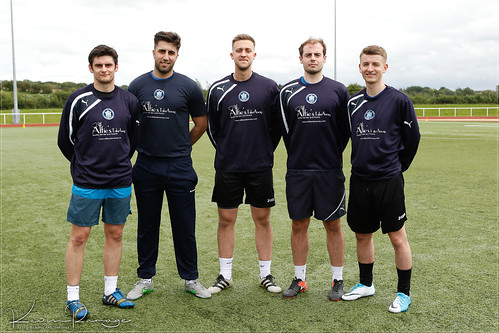