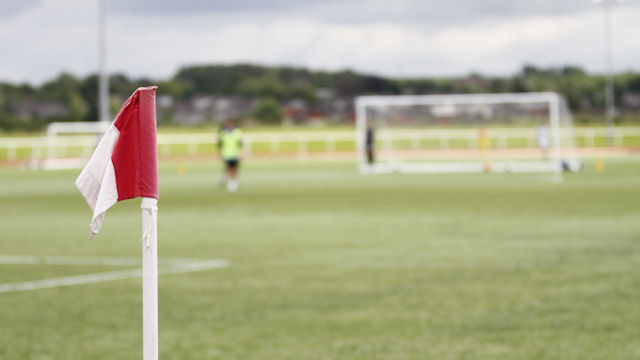 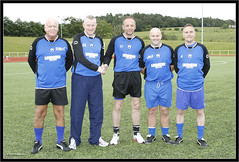 It seems no time since last season ended, a season which was deemed successful for the Rovers, not only retaining the Clydesdale cup but improving in the league. It was back to pre-season training at the John Cumming Stadium. A good workout for all which seen many old faces, 2 new signings and some other players looking to impress the management team.
The dream team of Colin Slater, Andy Barr, Greg McFarlane, Ricky McRorie and new boy Craig Stark watched over as the boys were put through their paces. Andy and Craig leading the way showing the young boys the ropes. 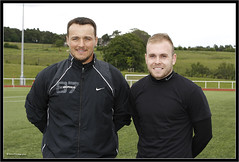 Carluke Rovers 2 latest signings, Goalkeeper Stewart Thomson who arrived from Cambuslang Rangers and Defender Gary Gow from our local rivals Lanark United fitted in well and got to know their new team mates for the upcoming season. Welcome to the club Stewart and Gary.

A selection of photographs are available below from the days training session. 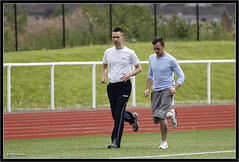 The most pleasing image of the day was seeing young Scott Bellew, albeit struggling a bit, managing a jog along the touchline under the watchful eye of team physio Michael Valentine. We hope to see Scott back training as soon as he is able.

Also making an appearance at training was the clubs new Vice Chairman, Bernie Sweeney. Bernie will be tasked with assisting current chairman Malky Black in his workload through the coming season.