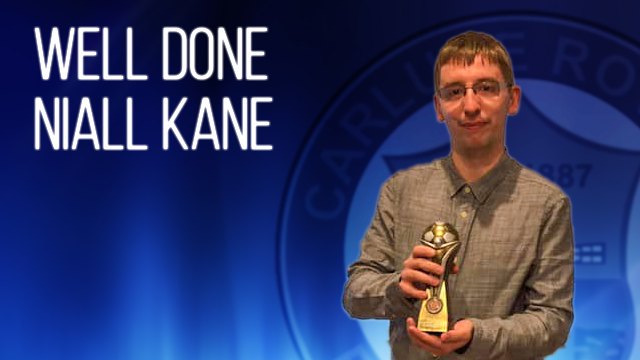 Niall wins player of the year

The Management, Committee and Players at Carluke Rovers would like to take this opportunity to congratulate Carluke Rovers committee member and one of our biggest fans Niall Kane on being voted Player of the Year for Motherwell FC Disability Community Trust.

Niall was voted for by his teammates and coaches following a great season and 11 cleans sheets as team goalkeeper. Niall is a regular at the Rovers matches and is the brother of Rovers former mid-fielder Greg. His father is also a Rovers Committee member.