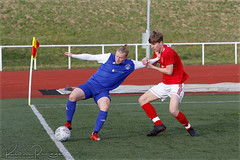 Few chances early on with the visitors looking like they were handling the high winds better.

Carluke Rovers took an early lead thanks to the unfortunate Johnstone Burgh defender who headed into his own net from a Rovers corner.

The Rovers lead did not last long as Johnstone Burgh soon equalised thanks to some poor Rovers defending. 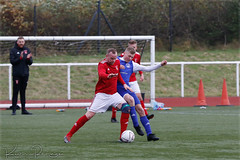 The Rovers were struggling and could not handle the windy conditions and went 2-1 down before half time.

Any idea of recovering in the 2nd half playing against the wind were quickly thwarted as some poor defending seen Johnstone Burgh score almost as soon as the 2nd half kicked off.

Worse was to come as the Rovers shipped another 2 goals in almost as many minutes. Not even 5 minutes into the 2nd half and the score was 5-1. 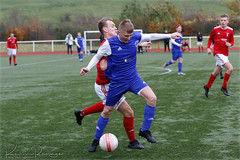 The remainder of the game was more evenly fought but again Johnstone Burgh stuck another nail into the Rovers coffin as the run out 6-1 winners.

A game to forget for the Rovers and its on to another home tie against Vale of Leven. A chance for Rovers to get some points on the board.