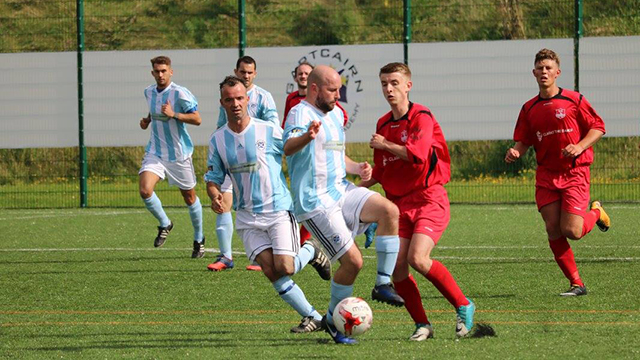 In what turned out to be a poor, poor performance Carluke suffered their first competitive defeat of the season away to Gartcairn.

Rovers created very few chances at all during the match and fell behind as early as the 6th min when Keeper Reece Murray brought down an opponent at the expense of a penalty which was converted for 1-0, lessons were not learned from this and after 16 mins some poor passing between the visiting keeper and his defence ended with another penalty and another goal against for 2-0 to the home side.

Carluke were limited to a snap shot from Reece Lowdon that did not trouble the home keeper and a good ball across goal from Ian Watt that found no takers for chances in a lacklustre first half.

One of few chances in the second half for Rovers came when Greg Kane fed Mark Cassidy on the right, he forced a corner but when this was played in Sam Biggart headed wide of target.

The introduction of Stuart Mitchell for Carluke gave a bit of drive and he set James Martin up midway through the second half but his cut back was forced away by the home defence.

The scoring was completed in the 81st min when Rovers failed to clear a corner and the ball was forced home for a final score of 3-0.