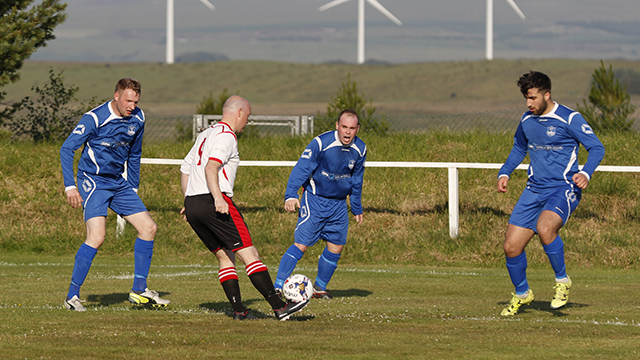 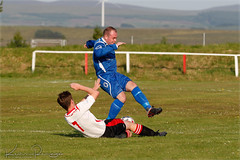 After two fairly good performances in early matches Carluke chose tonight to put in a poor poor show ending on the wrong side of a 4-1 scoreline.

Forth started the game the better team pressing the visitors back without creating any clear cut chances.

Carlukes first break came in 8 mins when Mark Haddow saw the ball drop to him from a corner but his effort was blocked away then a minute later Mark Cassidy had a couple of long range efforts but none of them troubled the home keeper. 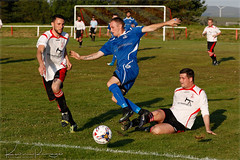 Carluke spurned chances for Ian Watt on a couple of occasions, Aldin El Zoubaidi from a header and Greg Kane who saw a shot go just wide midway through the half before the home side eventually took the lead, this goal came when a long range shot seemed to deflect off Jarvie and wide of David Thomson in the Rovers goal for 1-0 after 37 mins.

The visitors managed to draw the match level in the 42nd min however when a good through ball from John Renwick picked out Watt who waited his chance before chipping the Forth keeper from the edge of the box to make the score 1-1 at half time.

Carluke had a poor start to the second half when they lost a goal in 48 mins when indecision in defence ended with Jarvie being brought down by keeper Thomson at the expense of a penalty that was scored by McFarlane for 2-1. 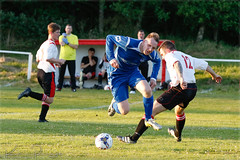 This goal seemed to deflate Carluke who saw chances few and far between with only a blocked Cassidy effort and another wide from the same player to show early in the half.

The home side killed the match off inside two minutes when Jarvie netted his second goal in 67 mins before rounding off his hattrick after 69 to give a final score of 4-1 to the home side.