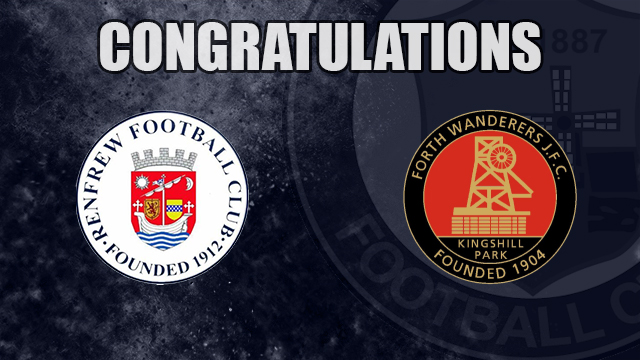 Congratulations to Renfrew & Forth

Renfrew secured their promotion to the Super League 1st division last night following their 0-0 draw away to St Roch’s.

With 1 game remaining Forth tied up the league title last night with a 4-1 home win against Lanark United.