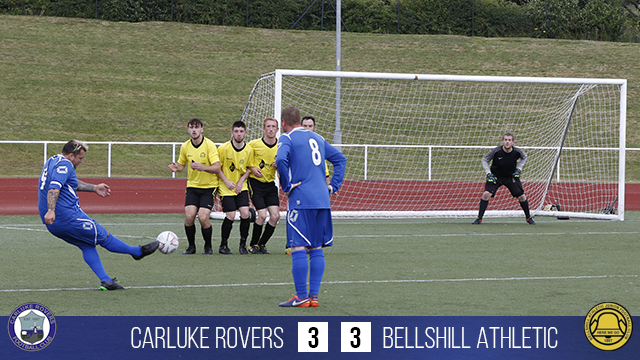 Bellshill started out well and some poor defensive errors seen the Rovers 2-0 down.

Sam Biggart pulled one back for the Rovers before half-time.

The second half seen Rovers change 7 player to give everyone a good runout and it paid off as the Rovers pulled it back to 2-2.

Bellshill again went ahead before a poor mistake by the Bellshill keeper gave Haley a great chance to even the match which he duly took.

A good runout for the Rovers squad seen them share a 3-3 draw which was probably a fair result with the way the match went.