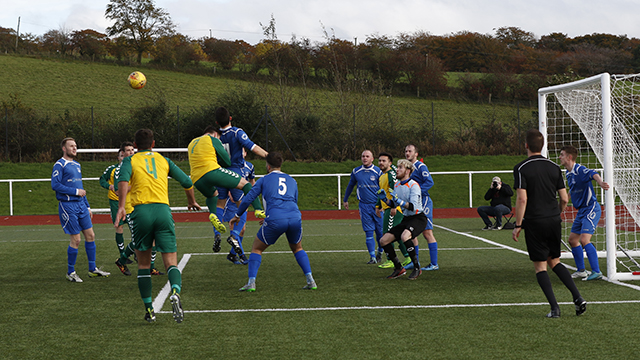 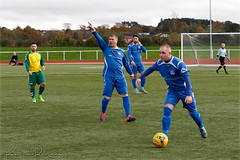 Perhaps the presence of the new manager, John Dunn, in the stand, was the main motivator.

Unfortunately the much needed win still eluded them and they travel to Cumbernauld next week to play Kirkintilloch Rob Roy in the Scottish Cup knowing they will have an uphill challenge to match last years Cup run.

Despite early pressure from the Rovers it was the visitors who opened the scoring in the 6th minute.

A poor clearance from the Rovers defence was returned quickly by St Anthony’s Stephen and his shot through a crowded box gave Thomson in the Carluke goal little chance of keeping it out.

The Rovers pressed hard for the equaliser and good play from Kane on the left resulted in a free kick 25 yards from the Ants goal line. Weir only narrowly missed with his trademark left foot strike.

The Rovers were rewarded for their persistence in the 23rd minute. 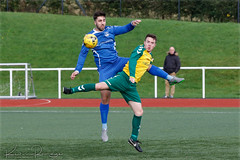 An excellent cross from Renwick on the right was chested by Watt and he then quickly moved the ball past the Ants defender just inside the box and his right foot shot thundered past the Ants keeper into the left hand corner.

Despite pressing hard for the lead the Rovers once again lost out with another defensive mix up.

A long ball into the channel to the left of the Carluke box was headed back by Lambie to Thomson however the solitary St Anthony’s player chasing the cross managed to get between Thomson and the ball and the resultant scramble for control of the ball inevitably saw the Ants player go to ground which the referee deemed to be a penalty.

The Ants number 10, Gordon, didn’t miss and the visitors once again were in the lead with only 27 minutes on the clock.

After the break Carluke once again looked like the team most likely to score. On the hour mark it looked as though they might snatch an equaliser. 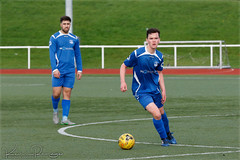 A burst of pace and great control from the industrious Watt left three St Anthony’s player scrambling to catch him. His cross from the byline found Cassidy unmarked on the 6 yard line.

Unfortunately with only the keeper to beat he couldn’t keep his shot down and it flew high over the bar.

Carluke continued to be the dominant team however when Gordon scored his second and St Anthony’s third the game was over for the home team.