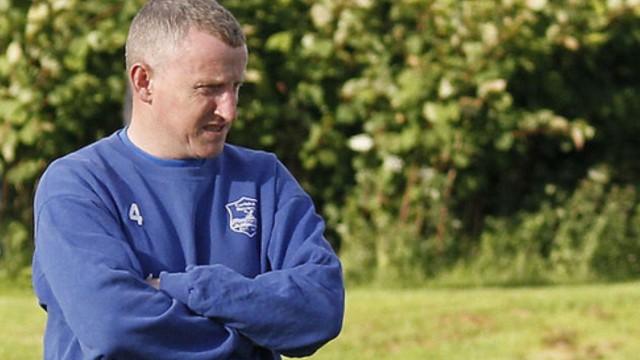 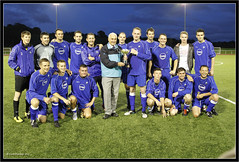 The season started with us retaining the Clydesdale cup with victories over Lanark United in the semi final and Lesmahagow in the final, very pleasing to retain this trophy since the club had only won it once in its history.

We also qualified from our league cup section, again quite a feat progressing from a group normally dominated by our higher league neighbours Shotts Bon Accord. Unfortunately we were drawn away to super league outfit Clydebank midweek with a 6:30 kick off, so struggling to field a team and having no available goalkeeper this task was going to be very difficult, compounded by our trialist keeper having to come off after 15 minutes with a fractured wrist, despite the best effort of the boys, Clydebank ran out convincing winners.

Our league campaign started well, taking 13 points from first 15, unfortunately our form dipped and we went on a run of defeats with 2 very sore ones away to Neilston and Maryhill. The campaign had varying results at the turn of the year and we finshed strong with 5 out of 6 victories, only defeat coming against our rivals Lanark United on Easter weekend, where we had to field a very depleted and inexperienced team. 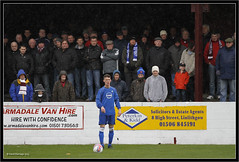 We did not progress very far in the Scottish Cup this season, but probably the highlight of the season taking the big spending junior giants Linlithgow Rose to a replay which was a great experience and also a very benficial financial boost for the funds. Both games having an attendance in excess of 500.

The season started with a squad of 22 and lots of comments that we had too many signed players, my recollection there was only twice myself & Andy had to inform a player they were not stripped. Main reasons were the long term absences of Willie Souter & Jamie Dickson who more or less missed the full season. We also had Darren Hamilton out injured with broken collar bone, Stevie Murray for 6 weeks with knee injury, Stewart Arnott missed a good part of the season with reoccuring calf problems, Gregg Cavanagh missed last 4 weeks of season with fractured cheekbone, Craig Brown had reoccuring health problem and through the squad various other sporadic injuries. 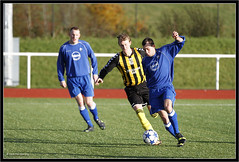 The biggest downer of the season was in November when Scott Bellew was on the end of a shocker of a tackle during a home match versus Benburb which left him with a broken leg which required pinned. I was absolutely gutted as know one deserves to be subject to this and especially a young guy who was showing lots of promise in his first season in junior football, hopefully we see Scott back in light training soon and he gets back to the performances prior to this incident.

It was a very difficult and challenging season for the club with various personal and team issues and personally I feel we all showed our togetherness and commitment to each other and showed the strong bond within the Rovers.

Finally, my view is we again made progress as a team and as a club during the season, finishing 2 places higher than last season in a very competitive league and we will be looking to further progress in season 2014\15.

I would like to take this opportunity to thank the management team, committee, players, volunteers, sponsors and supporters for their commitment, effort and support during the season and ask that we keep up the hard work and together we can keep progressing Carluke Rovers and take the club forward.

Cheers and see you next season……….