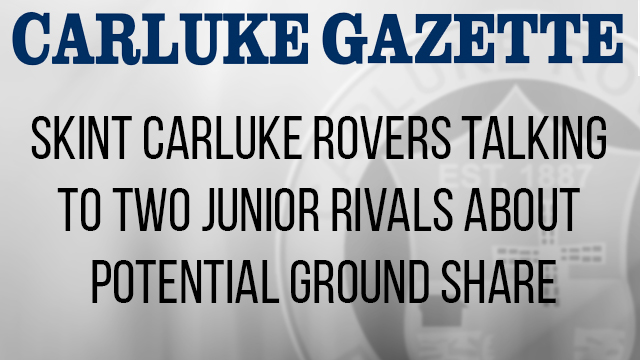 He told us on Monday: “It is looking like we will have to move stadiums in the New Year.

“We have stuck our toe in the water with two local teams who have grass pitches, with a view to us ground sharing.

“They need to chew the fat with their committees and reach a decision.

”While not wishing to specifically divulge the identities of the two clubs Rovers are in discussions with, McKnight did reveal that they are junior outfits in West League One and League Two respectively.

He said that either option was a maximum 30-minute car journey from Carluke and that the rental fees to North Lanarkshire Council would be 60 per cent cheaper, partly due to the fact that match day rental would be reduced from three to two hours.

“These negotiations might take several weeks to garnish a bit of favour or acceptance with the relevant clubs,” Ian added.

“We will also have further discussions with South Lanarkshire Council in December.

“They are fully aware of our financial situation because I had a meeting with them back in August.

“We need to look at things as an overall package.” If you would like to offer financial support to Rovers, please contact Ian on 07850 036506.