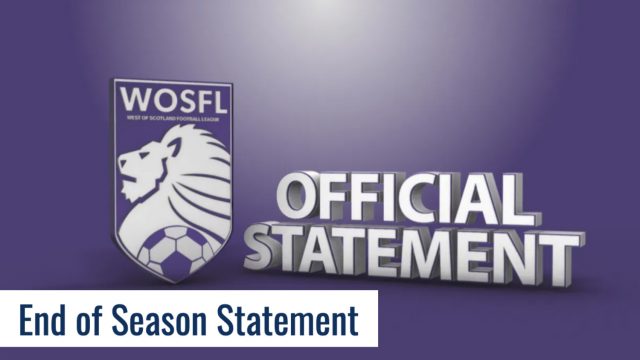 The Board of the West of Scotland Football League have confirmed that following the statement by the First Minister yesterday, the remainder of the 2020/21 League football season has been cancelled and declared null and void.

An update regarding the South Challenge Cup will be announced in due course once we have discussed this with the other three leagues that participate in the competition.

The decision will allow clubs to focus and look forward and prepare for next season, details of which will be issued in due course.