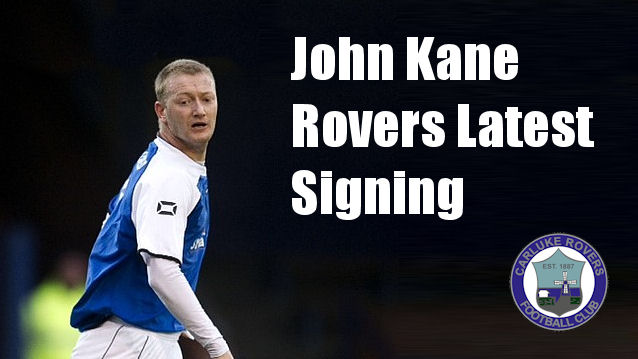 Carluke Rovers are pleased to announce the signing of John Kane from Pollok Juniors.

Kane who is 26 years old and can function in defence or midfield roles.

Kane came through the youth system at Hibs and made his SPL debut against Livingston in 2004, his other SPL clubs were Motherwell & Partick Thistle. He has also racked up over 180 appearances in the SFL with Stranraer, Stirling Albion & Clyde.

Due to work & family commitments he signed for Pollok Juniors at the start of this season and due to managerial changes at the club he has decided to move on and we are delighted to secure his signature.

Welcome to the Rovers John!!!!