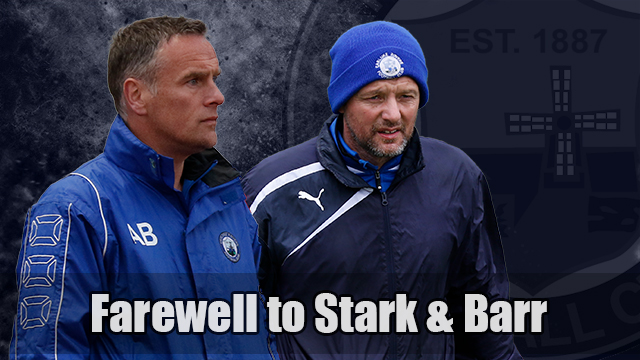 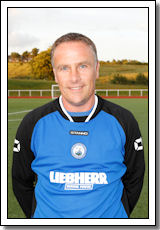 Today, we said farewell to 2 of the backroom team at the Rovers, Andy Barr & Craig Stark.

I would like to take the opportunity to thank both for their hard work and dedication, on behalf of the team & of course everyone involved behind the scenes at the Rovers, too many to mention but most know who the small but dedicated bunch are, some you hear before you see.

Both men were Terrific servants to the club on and off the pitch.

Andy was the midfield maestro when I arrived at the club 10 years ago and really was an exceptional footballer.

Knowing Andy, he won’t take exception to me lavishing even greater praise on the man, the Legend that is Craig Stark. 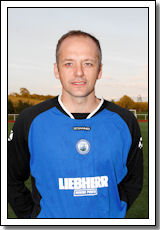 This part is more of a personal thanks, as we all know, legend is used too often, that’s certainly not the case here.
Starky is everything you would want in a team mate, a true leader of men who out his body on the line for everyone he ever played alongside and by the way this guy could play.

Starky was someone I always looked up to and would try to emulate, an impossible task I know.

In 2012 the Rovers won promotion and I was given the honour of Player of the Season, the final compliment I can pay Starky is that in truth I believed that he had indeed been player of the season.

So people please join me in congratulating both men on fantastic careers, and Stark you can finally stop bringing your boots.