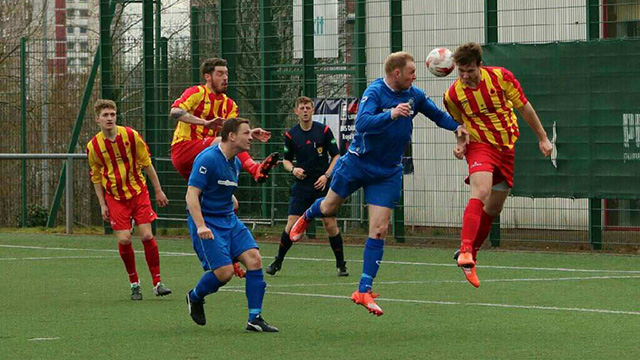 A lesson in how to take your chances was dished out to Carluke on Saturday as they passed up a host of opportunities to open the scoring before being put to the sword by Rossvale.

The first of Carlukes chances came in the 66th min when Ryan Smillie forced a corner which eventually found its way to Chick McCole and his ball in was headed on to the Rossvale crossbar by Stevie Murray before being cleared.

This was the first of twelve first half corners for Carluke producing chances for Mark Haddow, Murray again and Ian Watt none of which were taken allowing Rossvale to still be in the match. 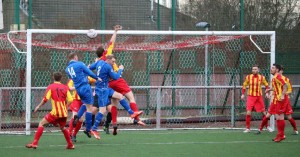 Carluke paid the price for these missed chances when Rossvale scored in what was their first attack when poor defending saw the ball ping pong back and forward before a scuffed shot from Hepburn put Rossvale 1-0 up in 26 mins.

Carlukes chances continued to come from set pieces with Watt being unlucky to see a free kick go just wide but it was in fact Rossvale who finished the half stronger with Mark Weir clearing an effort off the Rovers line and Jonny Grier bringing off a fine save to give a half time score of 1-0.

The second half saw Carluke struggle to get decent balls in to the front pairing of Watt and Smillie and the home side grew in confidence because of this.

The 2nd Rossvale goal came in the 57th min when a long ball to the back post was laid in to the path of Irvine who put an excellent shot beyond Grier for 2-0. 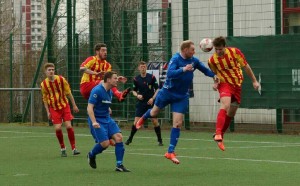 Carluke had a chance in the 64th min again from a corner which Haddow headed to Smillie who in turn fed Watt but his effort was well saved.

The match was put beyond doubt in the 80th min when Rossvale scored an excellent third goal with a chip over the head of the advancing Grier by Cassells for 3-0.

The last action for Carluke came in stoppage time when Smillie saw an effort from distance land on the roof of the net.
This was another disappointing result and leaves Rovers in the bottom half of the table.