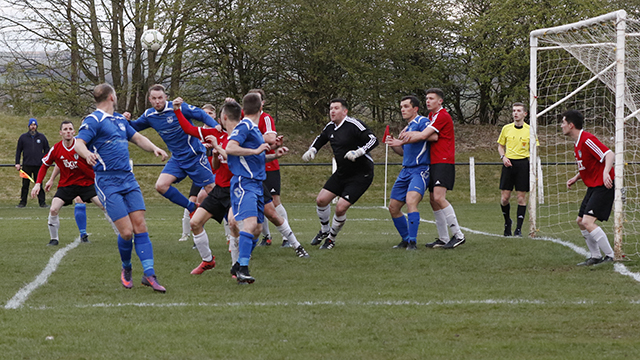 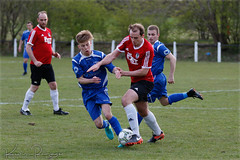 This was a hard fought win for Carluke on a poor poor pitch that made football very difficult.

Rovers created an early chance for Ian Watt who found himself free on the right but a wild finish saw the chance lost.

Chances were few and far between in the match and it was in to the 12th min before another came Carlukes way, this time Chick McCole fed Watt on the right but his cross ball was missed at the back post by Alberto Vezza. 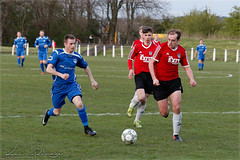 As the half drew to a close Rovers lost possession in the middle of the park allowing Newmains to break but a weak shot was easily dealt with by Dan Tobin in the Rovers goal.

Carluke broke early in the second half when Watt linked up with Greg Fernie but a great challenge saw Fernies shot blocked.

The visitors thought they had taken the lead in the 50th min when Vezza fired the ball home but he had pushed a defender in the build up and the “goal” did not count.

The breakthrough came for Carluke in the 55th min when Haddow was fouled in the box at a corner and a penalty was awarded, Watt made absolutely no mistake from the spot driving the ball low to the keepers right for 1-0. 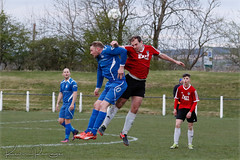 Rovers again had the ball in the net in 69 mins but again it did not count as Fernie was adjudged to be off side.

With the game going in to the last 15 mins Rovers got the goal that made the points safe when McCole won a corner which was fired in by Vezza and Haddow was first to react heading the ball home for 2-0.

The last chances of the match also fell to Haddow but his headers were well saved by the home keeper.