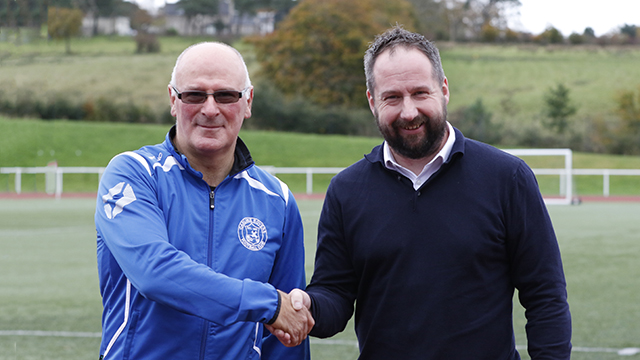 The Committee of Carluke Rovers FC are delighted to announce their new Management Team.

John Dunn joins us as manager and brings Craig Nisbet as his assistant.

John has been involved in Junior football in the East Region and has also coached and managed at Semi professional level in England, gaining promotion 2 years running in the North West Counties pyramid system.

John also has his SFA C licence and will carry out his UEFA B licence in the coming year.

Most recently John spent a short period at Lewis United in Aberdeen and prior to that a successful period as Under 23 head coach at Forfar Farmington Football Club.

John will bring in Craig Nisbet as his assistant, Craig most recently spent time as manager at Preston Athletic in the Lowland League.

John will also look at bringing in a Physio and Goalkeeping coach as priority.

John and Craig will officially take charge of the team on Monday for training and his first competitive match could not be more difficult as the Rovers face Kirkintilloch Rob Roy in the Scottish Cup.

John had his first sight of the team today as he watched from the stand as the team went down 3-1 at home to St Anthony’s.

Welcome to the Rovers John & Craig, we wish you all the best.