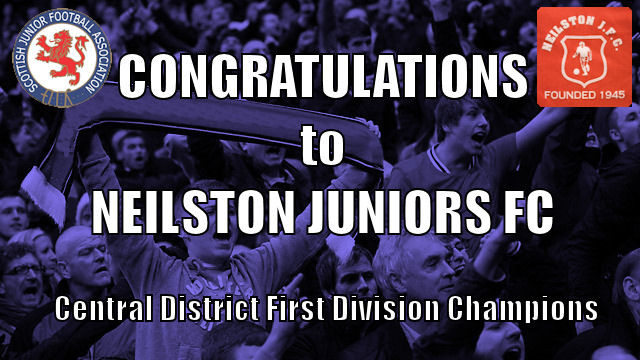 The Committee and Management of Carluke Rovers would like to take this opportunity to congratulate the Players, Management, Committee and Fans of Neilston Juniors FC, who following a 2-1 victory against their closest league rivals Shettleston have secured the Stagecoach West of Scotland League Central District First Division and earned a well deserved promotion to the Super League 1st Division.

We would also like to congratulate the Players, Management, Committee and Fans of Shettleston on their runners up spot which also sees them promoted to the Super League 1st Division.

Good luck to both teams next season.