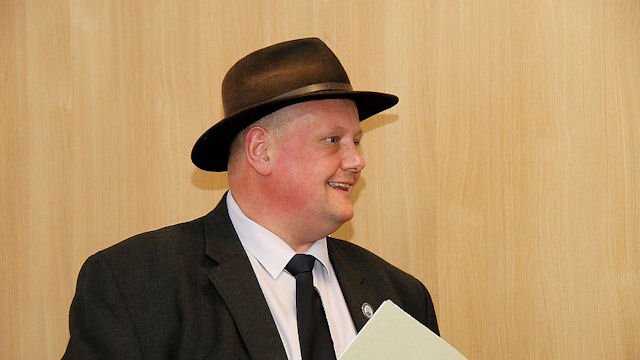 It is unfortunate duty of the Club to announce the resignation of Malky Black as the clubs chairman. This is due to work reasons.

In a statement Malky has said.

“It’s with sadness and heavy heart, due to being unable to commit the necessary time to the position of chairman of Carluke Rovers Football Club, I have had a great three years in this position at the club working with some great people in committee, the management team, players and supporters. I wish everyone involved at the club great success in the future and will always remain a supporter of Carluke Rovers my local football club.”

In His time Malky has added great value to Carluke Rovers. He has always endeavoured to make a success of the Club and improve standards both on and off the Park. He will be missed at the Club and within Scottish Junior Football as he has been a great ambassador for Carluke Rovers. There is always an open door for Malky to return to the Club in the future should he wish to return and we wish him every success in the future with his business ventures and his personal life.

In the Interim Vice Chairman Bernie Sweeney will step up to the Role to support the committee when required until the clubs AGM later in the Year.