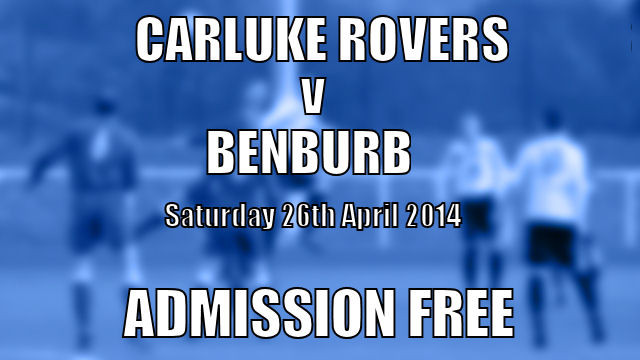 All going well we will see this match to completion without incident and hopefully seal another 3 points for the Rovers.

The chairman and committee of Carluke Rovers have decided due to abandonments of the previous fixtures this match will be Admission Free. So come along and show the boys some support.

In another fantastic gesture by the chairman and committee of Carluke Rovers, they have passed on half the gate from last weeks local derby against Lanark United to long term injury victim Scott Bellew.