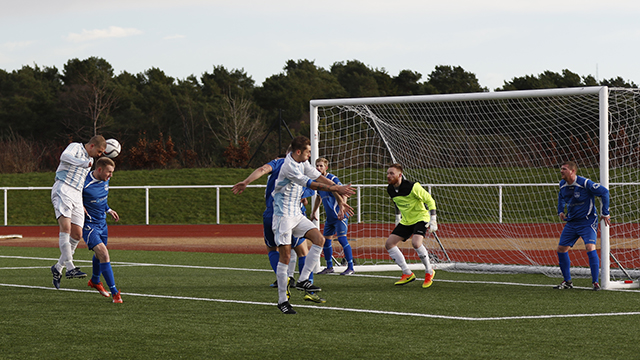 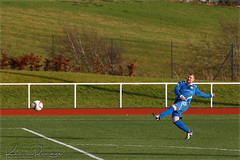 Carluke applied early attacking pressure straight from kick off and were unlucky not to open the scoring after 5 minutes when a 25yard Mark Weir pass found the feet of striker Greg Fernie on the edge of the opposition box who’s shot on the turn went inches wide.

From the resulting goal kick, Mark Haddows glancing header found Weir on the left wing on the halfway line and a neatly flighted pass found Ian Watt on the left edge of Gartcairn’s penalty area and a quick one- two with striking partner Fernie almost paid off as Watt scooped the ball over the bar with the keeper rooted to his line.

After 12 minutes a Mark Haddow through ball  down the right wing found Jonny Wilson racing in on goal only to be pulled back by Gartcairn’s centre half. 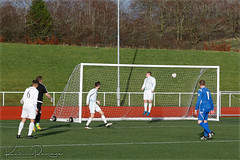 Mark Weir stepped up to take the free kick and curled a fine left foo shot into the net from 25yards out.

Carluke continued to dominate with some fine passing play from midfield and went 2 ahead after 22 minutes when Weir again found Fernie on the edge of the box who’s first time pass between Gartcairn’s centre backs found Watt just inside the left edge of the box and his cutback and finely angled shot curled round the stranded keeper into the top right corner of the net.

With Gartcairn under almost constant pressure and defending deep around their own 18yd box Watt put Carluke 3 ahead after 30 mins when he looked to have taken a heavy touch on the left edge of the box but he cut inside 2 defenders to place a fine shot in the top right corner of the net.

Half time 3-0 to Carluke who looked rarely troubled by their Airdrie opponents.

Second half and Carluke found it hard to maintain the tempo and passing accuracy which they displayed in the first and took the foot of the gas on 70 minutes and allowed Gartcairn to establish a more confident passing game, controlling midfield and creating several shooting chances which were dealt with by Carluke keeper Dan Tobin. 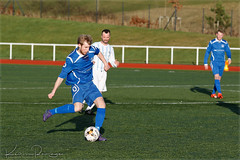 Gartcairn pulled a goal back on 75 minutes when a tired looking Carluke defence failed to stop a jinking Jordan Love who neatly placed a right foot shot past the diving Tobin inside the right hand post.

This was followed by a second goal on 80 minutes when a static looking Carluke defence allowed Love to score from close range following a neat one – two with Lee Pettigrew.

Some frantic defending in the last 10 minutes saw Carluke run out winners with Ian Watt continuing his fine goal scoring run scoring a brace 2 weeks in a row.

Carluke are back to league business next Saturday away to Newmains Jumiors before facing Gartcairn again away , the following Saturday in the last 16 of the Scottish Cup.