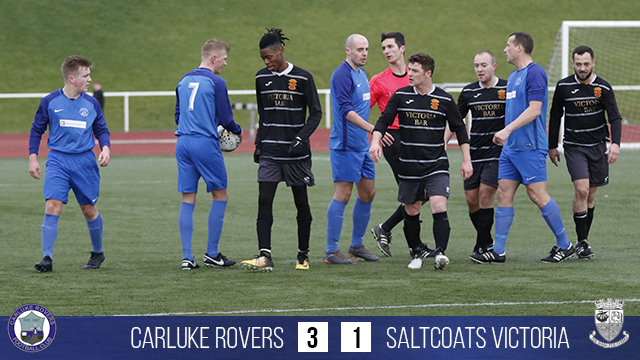 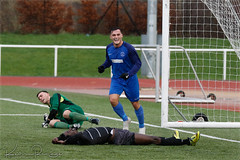 Rovers had to work hard for their win against a resilient Saltcoats Vics side who frustrated the Carluke team through sheer physical effort for eighty of the ninety minutes.

The first half witnessed Rovers probe and prod their opponents defence with young Ross McNeil delivering a couple of dangerous crosses to no avail.

On 32 minutes Mark Cassidy won the ball in midfield and found Lafferty on the right wing who’s low cross was turned into his own net by Vics centre half as he sprinted back to cover Eddie Haleys run off the left wing. 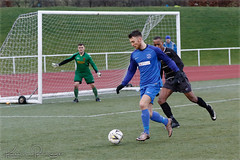 Vics equalised five minutes into the second half when Rovers Keeper sprinted off his line to intercept a though ball on the edge of his 18yd line only for the ball to take an inexplicable bobble resulting in a mis-kick allowing the Vics striker to stroke the ball high into the net from close range.

Rovers then laid siege on their opponents goal with efforts from Grierson, Haley and Lafferty all being thwarted through fine full stretch saves from the Vics keeper.

On the hour Rovers made a triple substitution with McAllister, McNeil and Lafferty all being replaced by Weir and new signings Pettigrew and Larkin with their introduction immediately injecting a renewed urgency and tempo to the game. 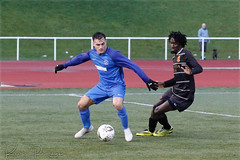 Veteran Weir’s battling influence and creativity in midfield impacted within seconds of his arrival on the pitch forcing further full stretch saves the Vics goalie.

On 70 minutes Weir burst between two defenders to unleash a 22 yard shot which hit the post and with ten minutes remaining Weir clipped the ball to Biggart on the left wing who’s first time whipped cross was headed home by Haley at the back post.

On 87 minutes a Pettigrew cross from the right found Larkin at the back post who cut the ball across the face of goal onto the head of Haley who made no mistake.