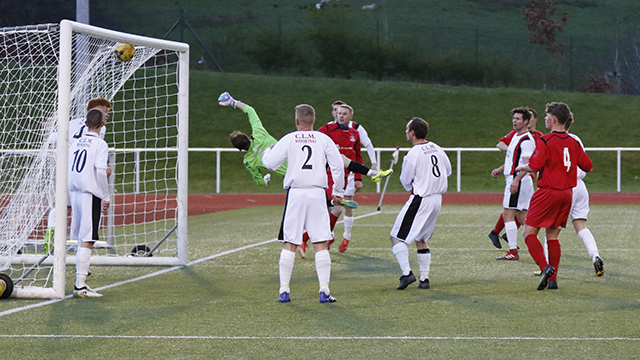 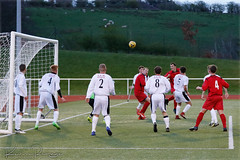 The home side took the lead in the 18th min when they won a corner on the left which was well headed home at the back post by Sam Biggart for 1-0, the visitors could have been level straight after this when Dan Kindlan was clean through on Tobins goal but his poor finish was well over the bar.

Carluke continued to have the better of the half and a great move right through the team in 31 mins ended with an acrobatic finish from Lewis McDougall but his effort was just over the goal, then the same player had the ball in the net in the 37th min after great work from Ian Watt and Stuart Mitchell but he was adjudged to have been off side. 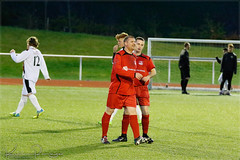 With five minutes of the half remaining Watt was brought down in the Wishaw box at the expense of a penalty and Mark Weir made no mistake from the spot to make it 2-0 to Carluke.

Wishaw were awarded a spot kick of their own on 42 mins when a good Stevie Murray challenge was penalised but a woeful finish from Kindlan cleared the home bar by some distance to give a half time score of Carluke Rovers 2 v 0 Wishaw FC.

The second half was a quieter affair but Wishaw had the first chance when a Kindlan free kick hit the bar before being cleared. 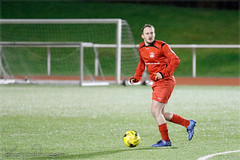 The final goal of the match game in the 57th min when a great move involving Watt, McDougall and Greg Fernie ended with Fernie sliding the ball home for 3-0.

Rovers had a great chance to increase their lead further in the 83rd min when the ball was worked through to young sub Callum Neill but his net bound effort was superbly turned round the post by the Wishaw keeper.