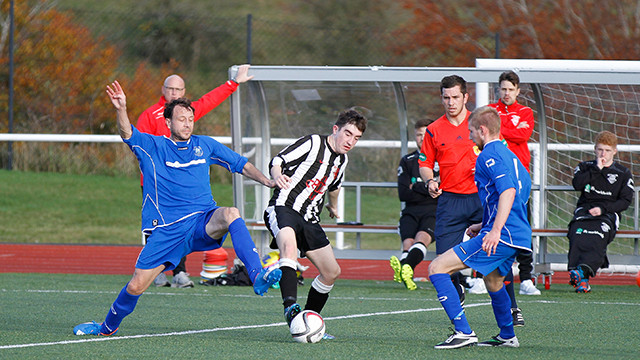 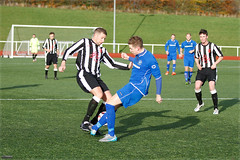 In a bottom of the table clash Rovers were beaten at home by a team securing their first win of the season and who wanted the win much more than they did.

The first half of the match was poor fare for the supporters as both sides struggled to put in a decent display, it was however the visitors who had bigger spells of the game and grew more confident because of this.

Carlukes first attack came in 22 mins when a good move through the middle ended with a wild Gordon Murphy shot that went wide of goal, this was followed by a half chance after a free kick from Mark Weir but neither came to anything. 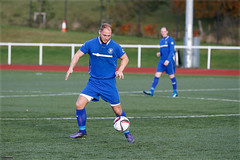 Carluke had Gordon Bruce in the home goal to thank for going in level at 0-0 at half time when he pulled off a couple of good saves to keep Dunipace at bay.

The second half saw Carluke pick up the pace a wee bit and Weir saw a free kick come back off the bar in the 54th min before being cleared then a few minutes later the home sides best move of the match ended with a Weir cut back that found no finish.

The deadlock was broken in the 66th min when a ball out to the right found Ryan Smillie who played in Jonny Wilson and his cool control allowed him to pick his spot for 1-0 to the home side.

Rovers made another chance in the 71st min when Murphy set Smillie free but his effort went high of the target.

Bruce was called in to action a minute later when he smothered a deflected free kick but he was beaten in the 79th min when a ball in from the right got all the way to the back post before being forced home for 1-1. 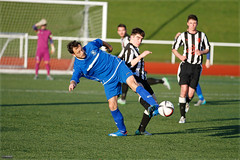 Rovers hoped they had stolen the points in the 83rd min when a loose ball found Jamie Dickson and his shot took a slight deflection before getting Carlukes second of the day for 2-1.

This should have been enough to win the match but Dunipace had other ideas and got level in 86 when a cross from the left struck the far post before finding the net for 2-2.

This was quickly followed by poor marking allowing another ball in from the left finding a Dunipace forward who made no mistake with his finish for 3-2.

This was a poor poor show by the home side who will have to seriously up their game to have any hopes at all of climbing up the table. 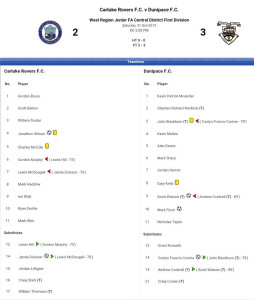