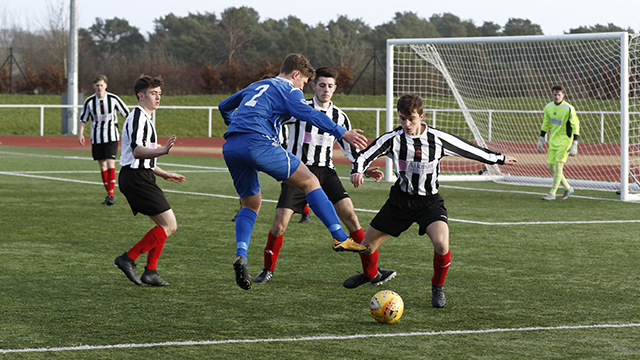 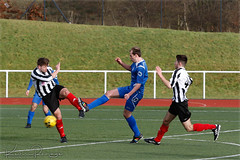 The home side started the game uncharacteristically in a frantic yet lacklustre fashion and found it hard to establish an effective pattern of passing play which has been their trademark this season up till now.

Rovers ball retention and ability to simply link the play through the middle of the park seemed to desert them time and time again leaving their wide men and strikers with no meaningful service or even the merest sniff of goal.

The visitors went ahead after 9 minutes when slack marking on the left edge of the 18yd box allowed the oppositions left winger to collect the ball with back to goal then turn and fire a fierce and well placed right foot shot into the bottom left corner of the net. 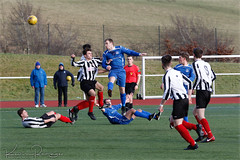 Rovers struggled for the remainder of the first half to attempt to gain a dominant foothold in the game and increasing frustrations manifested themselves seeing Watt, Kane and Haddow all booked for trivial offences.

Rovers found themselves 2 down after 45 seconds of the restart when the entire defence went AWOL following a run down the left wing and simple cutback easily found the Dunipace striker in front of goal for a 2yard tap in.

Home side frustrations continued to build as exertions and efforts went unrewarded or simply broke down due to over eagerness or poor ball control.

Rovers were reduced to 10 men after 53 minutes when striker Watt picked up his second booking of the afternoon following a rash challenge on the Dunipace fullback.

On 55 minutes Rovers pulled a goal back when Cassidy was tripped inside the box and he confidently dispatched the resultant penalty. 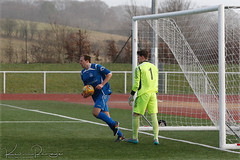 After 63 minutes Mark Weir replaced Reece Lowdon as Rovers chased an equaliser but this looked unlikely 30 seconds later when Carluke were reduced to 9 men when Kane was red carded for an awkward looking lunging tackle on his opposite number on the halfway line.

From the free kick Dunipace scored their third of the afternoon as Rovers defence looked disorganised and left the striker with a free header from 5 yards out.

Dunipace looked to add insult to injury when they were awarded a penalty in the 67th minute though this was saved by the legs of the Carluke keeper.

On 75 minutes a fracas erupted on the Dunipace sidelines as their Asst Coach was sent off for threatening behaviour and Carlukes Gow also sent off in the act of defending himself from a punch thrown by the visitors coach.

With Rovers reduced to 8 players they conceded a fourth goal which brought the game to a miserable conclusion.