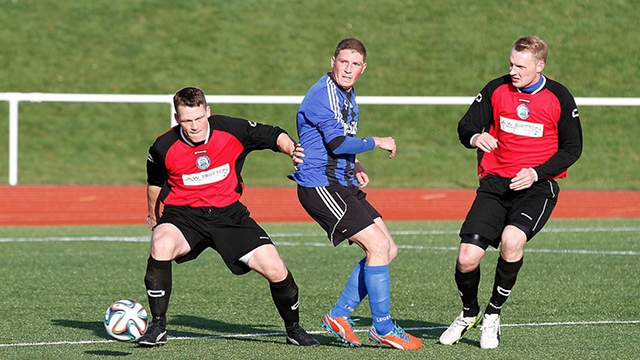 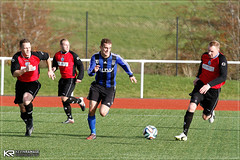 The visitors from Troon took the lead in the 7th min when they were awarded a free kick on the Rovers left with the home side expecting a throw in.

The kick was played to the back post and their left midfielder sneaked in to score from close range for 1-0.

Rovers had the best reaction possible to this goal when they drew level in the 14th min when a poor pass back by the Troon defence was pounced on by Ian Watt who bore down on goal before placing an excellent beyond the Troon keeper for 1-1.

Troon were awarded another free kick in the 18th min but the effort was well saved by home keeper Jonny Grier at the expense of a corner that came to nothing for the visitors.

In 23 mins Rovers worked a free kick well between Gordon Murphy to Daniel Kindlan but his flick was saved by the Troon keeper.

The visiting side took the lead for the second time in the match when they were given too much time in the box and a shot was placed beyond Grier for 2-1 after 27 mins.

This proved to be the last action of note in the half and the teams went in at the break with the score being Carluke Rovers 1 v 2 Troon FC. 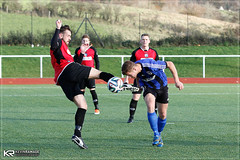 The second half was short on chances although Rovers did have the first of them in the 46th min when Murphy set Ryan Smillie free but his effort on goal was blocked.

Troon saw a free kick come back off the Rovers bar as they looked to kill off the Rovers but the danger was cleared, they then tested Grier again with a break down the right but he was equal to the parting shot.

Rovers had a rare chance in the 70th min when a shot was blocked for a corner which was taken short by Watt for Jonny Wilson but his cross found no takers.

In stoppage time Carluke put in a good cross to the back post and Dean Kindlan got on the end of it heading the ball down but an excellent save by the Troon keeper put the ball out for a corner, from this Rovers had a couple of half chances blocked on the line but could not get the goal to force a replay.