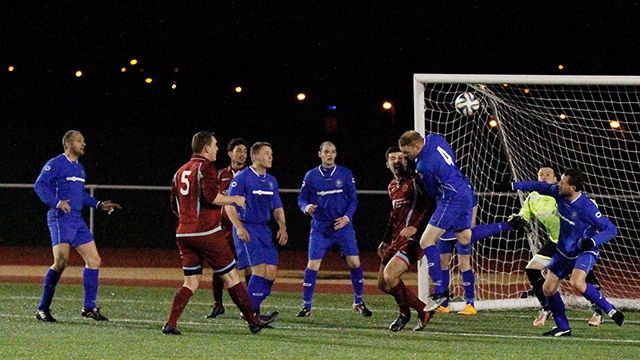 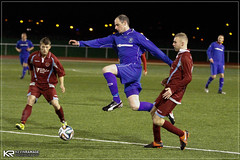 Rovers played their second friendly of the week against Shotts and despite a lower than normal number of goals it was still an entertaining encounter.

The home side saw lots of the ball early on without threatening the visitors goal and it was in fact Shotts who had the earliest effort on goal but home keeper Stuart Thomson was alert enough to tip the effort away.

Shotts had the next effort on goal as well when a loose ball in midfield set them free but this effort was wide of target. 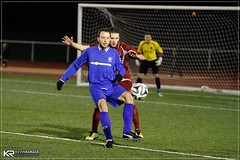 The second half saw the game open up and chances were created at both ends, Rovers were first to threaten when Ryan Smillie saw a dangerous ball in to the box cleared for a corner which ended with Stevie Murray having a low shot on goal saved, then Smillie cut in from the left before his low shot was blocked.

Rovers were on top at this point and comeback man Craig Stark set Smillie free before he in turn laid the ball in to the path of Mark Weir but his effort was saved.
In the 58th min Rovers looked for a penalty when Dan Kindlan looked to have been impeded but nothing was forthcoming then Mark Haddow set Smillie in on target again but his effort went wide.

63 mins saw probably Rovers best effort when Jordan Lithgow broke at pace from defence linking well with Kindlan before laying the ball off to Greig Cavanagh but the big strikers shot went wide of goal again.

The visitors took the lead in the 75th min when a ball in to the box saw Rovers claim for off side but this was not given and an unchallenged header made it 1-0.

Rovers continued to make chances in the remainder of the match but could not finish any of them and a good entertaining match ended with a 1-0 victory to the visitors from Shotts.