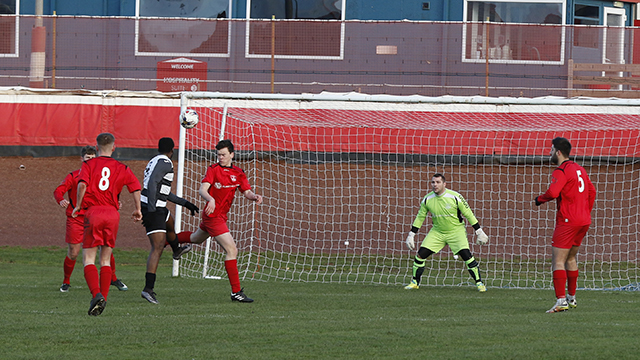 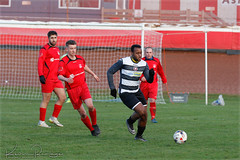 Carluke’s new management team must have been hoping that the enforced rest of the Festive break would help the Rovers to continue their winning run.

Unfortunately they would leave the Peugeot Stadium more worried than disappointed with their team’s performance.

Carluke’s first game in almost 4 weeks, and their 12th of the current campaign ended in a 3-0 defeat to Ashfield.

Disappointingly results elsewhere meant that a victory for the Rovers in this fixture would have propelled them into second spot in the table. 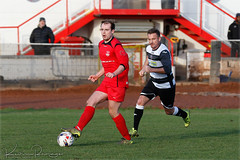 On a tight park the home team knew their main threat was a long ball out of defence to the industrious and highly effective striker Kasubandi, a recent on loan signing from Largs Thistle.

The first goal was scored on 12 minutes when Carluke failed to stop a cross from the left which gave the unmarked Boyd the easiest of tap ins at the visitors back post.

The second followed 5 minutes later when a Rovers defensive mix up allowed Parker to score another easy goal.

The on loan striker scored the third and final goal of the game on 31 minutes, when he easily chipped Hallford in the Carluke goal.

Carluke finally managed to find their passing game in the final 10 minutes of the first half and went into the break with some hope they could make a more significant contribution in the second half. 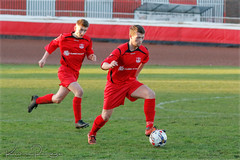 After the break Carluke continued their pursuit of the goal which may have sparked a comeback.

Unfortunately Ashfield changed their tactics and very effectively dealt with the continuous pressure from the visitors.

On the odd occasion that the visitors managed to get behind the “bus” they came up against a home keeper more than capable of dealing with the Carluke efforts.

The Rovers are on the road again next week. They visit Fullarton Park, Tollcross, to play fellow mid table team Vale of Clyde.